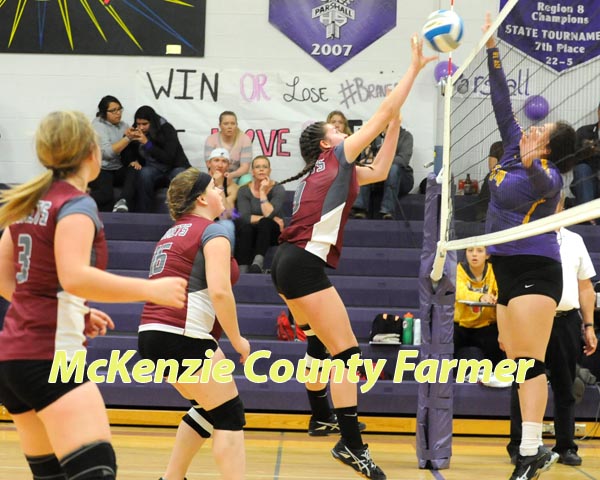 It was a big night for Alexander volleyball players and fans on Friday  as the Comets pulled off one of the biggest, if not the biggest, upsets of the District 15 Girls Volleyball Tournament in Parshall.
In only their second year of varsity volleyball, the Comets, who entered the tournament as the No. 4 seed, defeated New Town, the No. 2 seed, 3-1, to advance to the Region 8 Tournament.
And the significance of that win wasn’t lost on Alexander’s players and fans as tears were running down the cheeks of players’ faces as they jumped in celebration and Comets’ fans were standing giving each other “high fives.”
“We’re excited on the win,” stated Tana Turcotte, Alexander’s head coach. “In only our second year with a varsity team, we’ve made it to the Regional Tournament.”