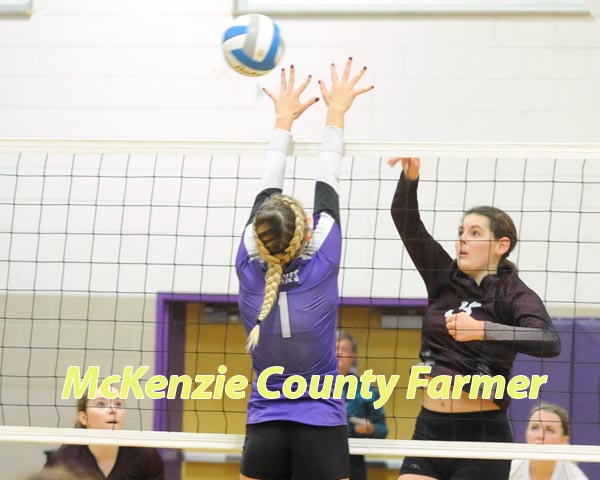 If how Watford City’s varsity volleyball team played at the District 15 Tournament is any indication, then the Wolves definitely proved that they will be a team to be reckoned with at the Region 8 Tournament.
In very convincing wins, the Wolves cruised through the competition at the district tournament to claim the championship on Friday evening.
After receiving a first round bye, the Wolves, the tournament’s No. 1 seed, quickly dispatched Williston Trinity in three quick games, and then swept Parshall, the No. 3 seed, in similar fashion.
“We had a great district tournament,” stated Brad Foss, Wolves’ head coach. “All phases of the game went well for us as we have a total team effort. We now want to take this momentum into the regional tournament.”