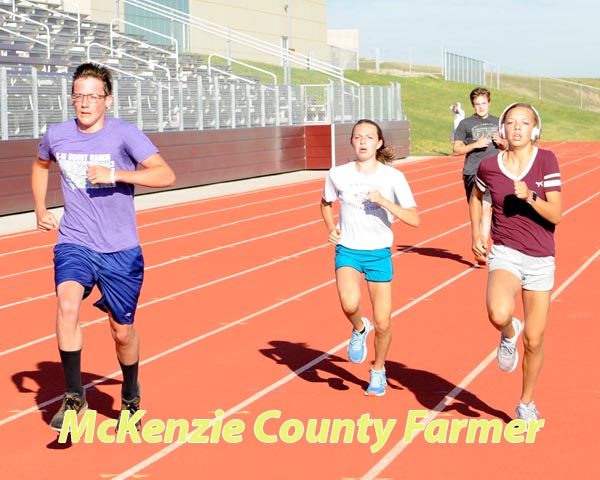 Watford City’s boys and girls cross country teams will be opening their 2019 season on Saturday, Aug. 24, when they compete in the Heen-Ihmels Invite in Williston. And while Dave Gumke and Sydney Lund are still recruiting runners to their squads, both coaches are looking forward to the season.
“We have had a very good first week of practice,” states Gumke, boys head coach. “The guys have been working hard and we should see big improvements throughout the year as they continue to get in better shape.”
Tanner Edwards and Evander Long, according to Gumke, are the top returning runners for the boys team, which placed 16th at state last season in their first year of competing at the Class A level.