Wolves will be fielding a young football team 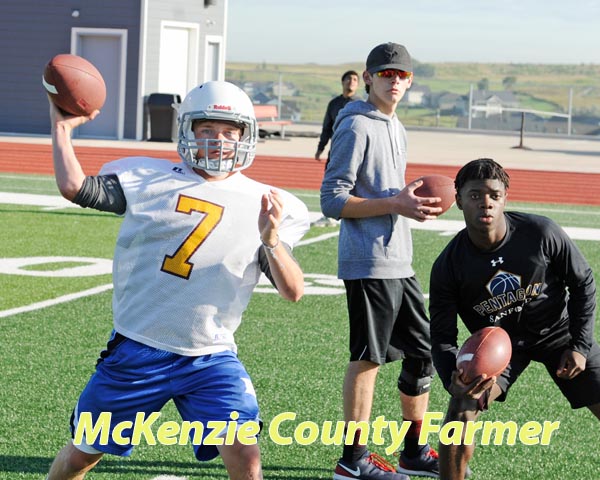 The way Justin Johnsrud, Wolves head coach, sees it there is no direction left to go but up for Watford City’s varsity football team after going 0-9 last year.
Last season, with only eight seniors on the squad, Johnsrud knew it was going to be a tough season. But after a week of practice, he says that this year’s squad will still be pretty young.
“There are around 45 kids currently out for football in grades 9-12,” states Johnsrud. “We will be a relatively young football team with sophomores filling many of the skilled positions like quarterback, running backs and wide receivers.”
“We have had a good week of practice and the players have had great attitudes and worked hard in the first four days,” states Johnsrud. “We will be young again, but many of our sophomores and juniors have varsity experience and we are looking for them to be much improved this season.”