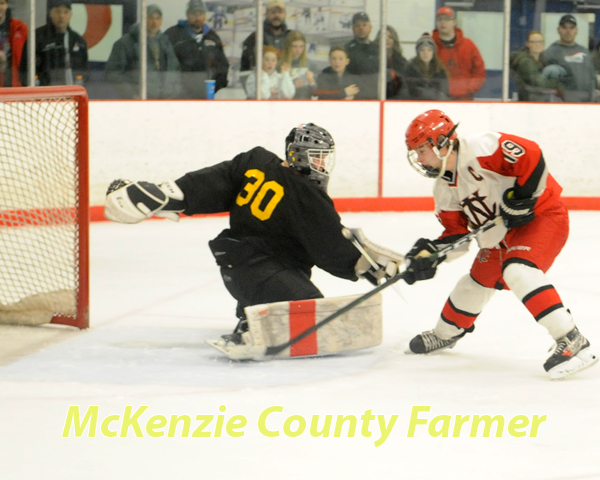 Winning a state championship in Junior Gold hockey has been the dream of the Watford City Oilers hockey program for nearly 40 years. And after picking up wins over the Fargo 16U and Langdon Blades to advance to the state title game on Saturday, March 7, it appeared that this was going to be the year that the Oilers, the No. 2 seed, would be able to win that elusive championship banner as Watford City took on Grand Forks, the No. 1 seed, at the Richland Ranger Arena in Sidney.
But in spite of the Oilers taking an early, 3-1 first period lead, the Grand Forks Stallions would take advantage of Watford City penalties to pull out a 4-3 win.