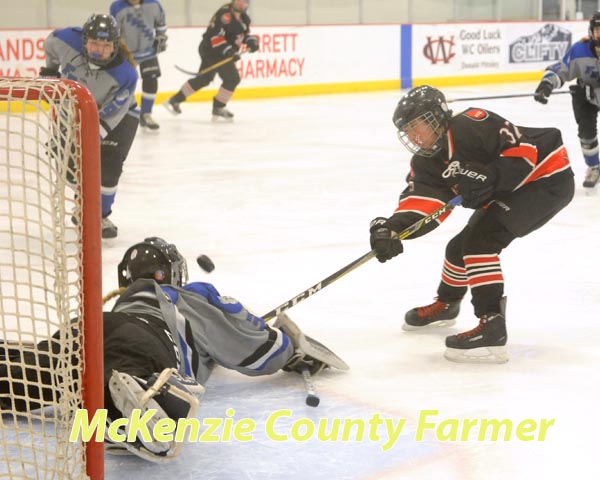 Watford City’s 19U girls hockey team took eighth place at the North Dakota 19U Girls State Tournament, which was held this past weekend at Watford City’s Rough Rider Center.
The Oilers, who entered the tournament as the No. 8 seed, dropped their first game, 6-2, to the No. 1 seed Fargo Freeze, before losing to the Bismarck Capitals, 2-1, in the consolation semifinals. In the battle for seventh place, the Oilers suffered a 3-2 overtime loss to the Langdon Blades.
Watford City’s Jeanine Miller and Gracie Hall were named to the 19U All-State Tournament Team during the awards ceremony following the championship game.