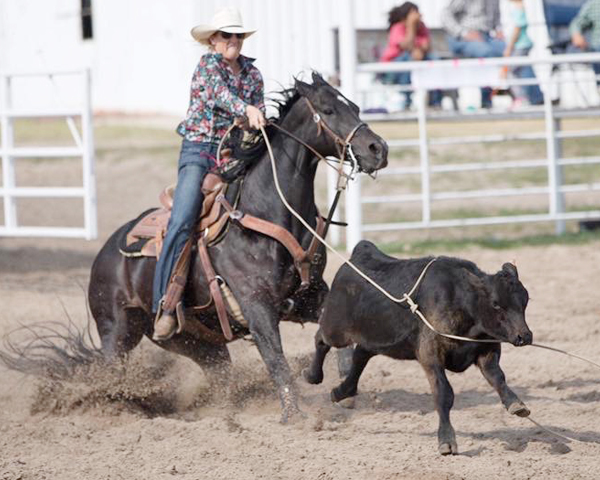 Samantha Jorgenson from Watford City competed in one of the biggest rodeos in the world, RFD-TV’s The American, held in Arlington, Texas on March 7-8.
The annual two-day event brings the most talented ropers and riders from around the world of Professional Rodeo Cowboys Association and puts them up against contestants who have advanced from the semifinals to compete for the biggest paycheck of their rodeo career.
Prior to The American Finals, Jorgenson competed in the semifinals held in Fort Worth, Texas from Feb. 23-March 1.
“You had to run three head to qualify for that,” Jorgenson says. “It was pretty fun. We ran two in the slack and then got to run one in the performance.”
Through the semifinals, Jorgenson made the cut to be in the top five breakaway ropers to advance to The American Finals after she placed 13th in breakaway roping.