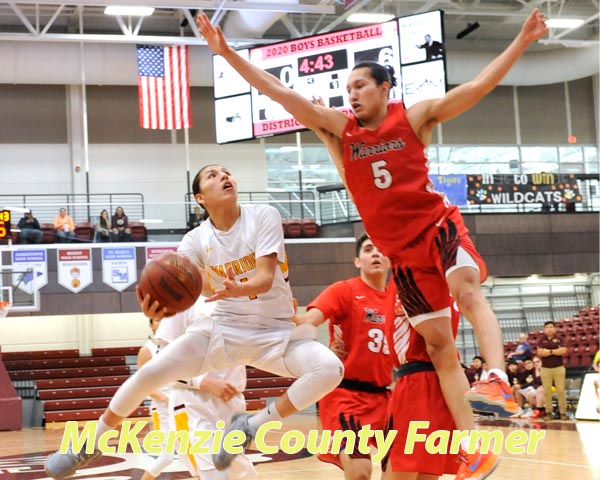 Mandaree’s boys basketball season came to an end at the District 15 Tournament as the Warriors fell to White Shield, 59-44, in the Region 8 qualifying game on Monday, March 2, at Watford City’s Rough Rider Center.
The Warriors, who entered the tournament as the No. 4 seed, lost to Trenton, the No. 5 seed, 72-63, in opening round action before knocking off Alexander, 79-30, in loser-out action.
In the battle to advance to the Region 8 Tournament, the Warriors were no match for White Shield, the No. 3 seed, as Mandaree got behind early and was never able to make a challenge.