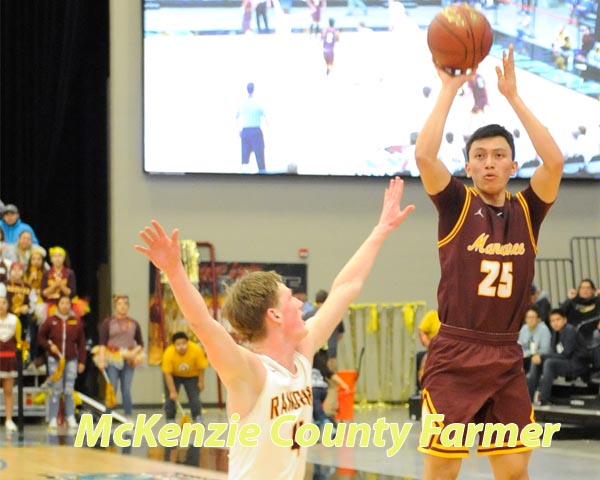 After leading Powers Lake for the first three and a half quarters of play in the Region 8 title game on Thursday, March 7, Mandaree just couldn’t get their shots to fall as the Ranchers chipped away at the Warriors’ lead.
Behind the hot hands of All-Region players, Jesse Chase and Grady Ashton, who netted 28 and 20 points, respectively, the Warriors led Powers Lake, 13-4, midway through the first quarter before building a 10-point, 28-18, lead heading into the second quarter.
The two teams traded baskets in the second stanza as Mandaree held a 38-31 lead with 1:24 left in the first half before Powers Lake battled back to a four-point deficit, 38-34, at halftime.