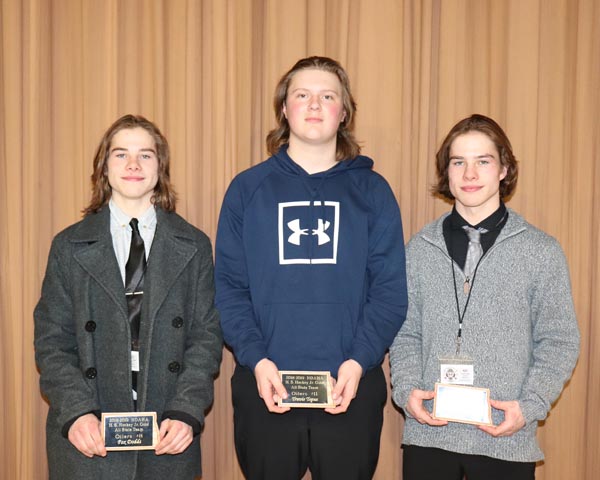 The Watford City Junior Gold hockey team placed three players on the All-State Team as the Oilers took fourth place at the state hockey tournament in Langdon.
The Oilers got a big win in the opening round of the tournament as they blanked Northwood, 15-0. But Watford City would fall to Sidney, 7-3, in the semifinals and to Grand Forks, 6-4, in the battle for third place.
Fox and Jackson Dodds were selected to the All-State first team, while Travis Tepsa, was named to the second team.