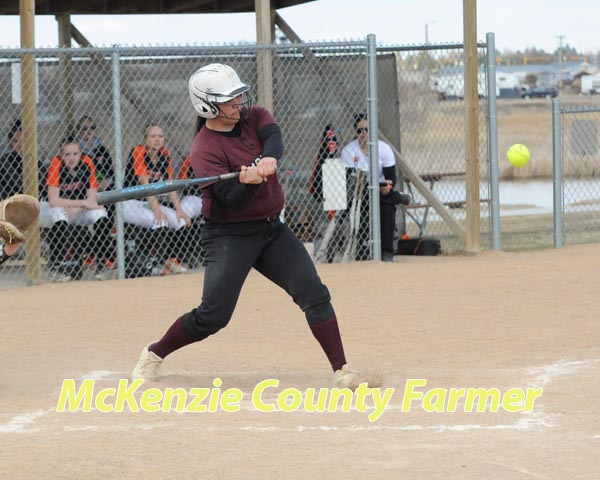 It was another tough week on the diamond for the Watford City girls softball team as the Wolves were swept by Dickinson, 36-0 and 31-3, on Tuesday, April 27.
With the loss, the Wolves’ season record fell to 3-9 and 2-8 in WDA action.
The next action for the Wolves will be on the road as they travel to Sidney on May 7 and to Mandan on 11.
Watford 0, Dickinson 36
Watford 3, Dickinson 31
Dickinson scored a combined 66 runs on 47 hits as they swept the Wolves in two games on Tuesday, April 27.
Watford City failed to get a hit in the first game before scoring three runs on three hits in the second game.
Madison Spacher took the loss o the mound for both games.