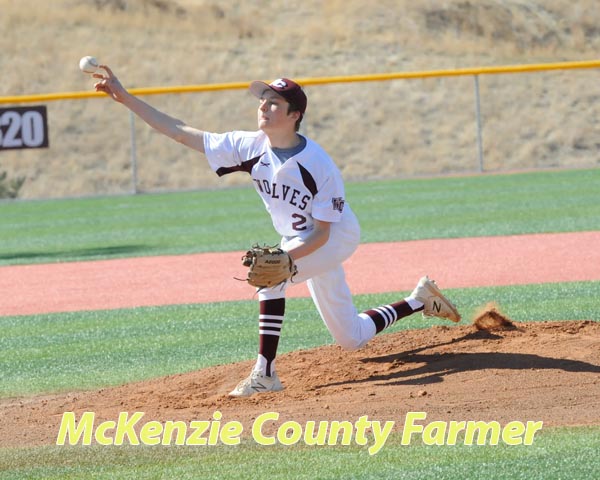 Minot and Bismarck picked up wins over Watford City as the Wolves lost to both teams in double-header action.
With the losses, the Wolves are 0-8 in overall and 0-6 in WDA action.  The next action for Watford City will be on Friday, April 30, when they host Williston at the Rough Rider Field.

Minot scored early and often in the first game of last Thursday’s double-header as the Magicians held a 4-1 lead after two innings of play before tacking on eight unanswered runs in the final two innings of play.
“Our offense continues to struggle, but we’re having better at bats,” stated Pat Spacher, Wolves head coach. “And we’re going to need to play better defense if we are going to be competitive.”