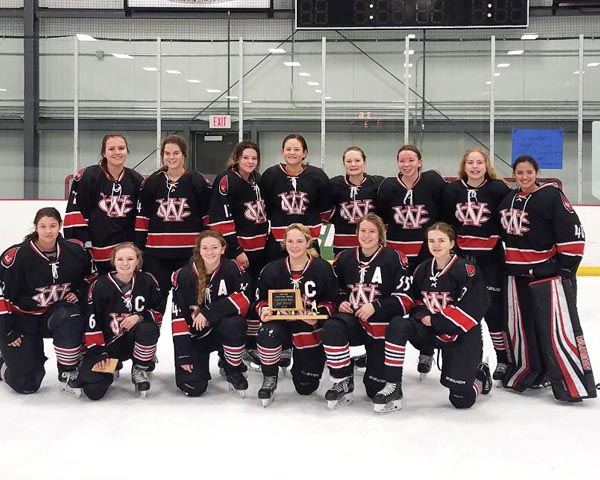 The Watford City Oilers 19U girls hockey team capped off their 2017-18 season with a fifth place finish at the State Girls Hockey Tournament in Grand Forks on March 2-4.
The Oilers, who entered the tournament in sixth place of the 12 teams competing in this year’s tournament, opened the tournament with a win over Langdon before falling to Bottineau. The Oilers then defeated Crosby and Minot to take fifth place.