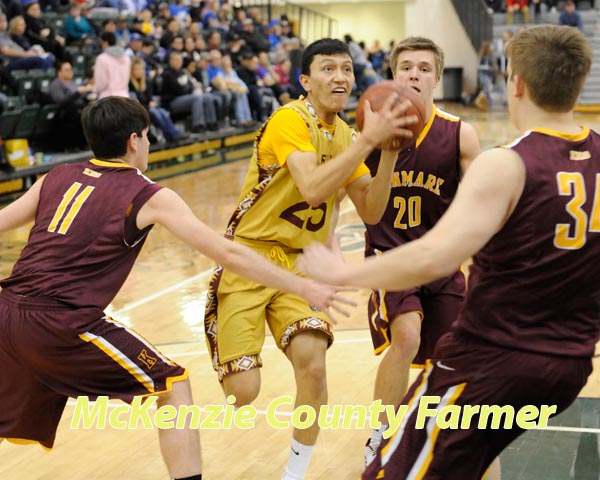 After trailing Kenmare by 10 points, 70-60, heading into the final eight minutes of play during the first round of the Region 8 Boys Basketball Tournament on Thursday evening, it didn’t look good for Mandaree. But the Warriors put together a huge 38-point scoring run in the final quarter to not only cut the Honkers lead, but gave Mandaree a one-point lead with nine seconds left in the game.
Ashton Grady, who carried the Warriors in the second half, gave Mandaree its last lead as the final seconds ticked off the clock. But the Warriors’ hopes of moving on to the semifinals were dashed as Keagan Lautenschlager drained a 30-foot three-pointer at the buzzer to give Kenmare a thrilling, 98-96, win.