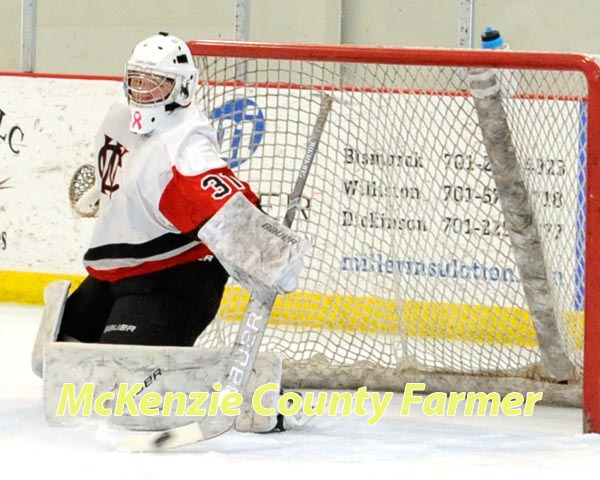 The Watford City Junior Gold hockey team scored an impressive 28 goals in three games this past weekend as the Oilers picked up league victories over the Fargo 16U, Northwood and Fargo.
Playing before a home crowd at the Rough Rider Center, the Oilers’ sticks were on fire, while Kyle Carlson, Oiler goalie, only allowed a combined seven goals in the three games.
The Oilers will be on the road this weekend as they take on Grand Forks on Friday evening and then play the Fargo 16U and Fargo teams on Saturday.