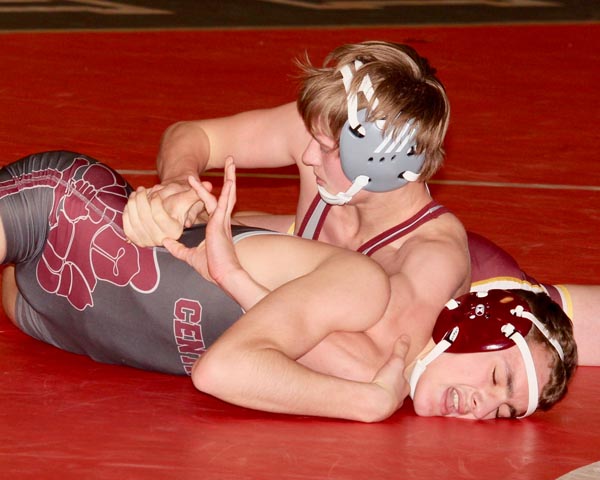 With the end of their wrestling season soon approaching, Watford City varsity wrestlers headed to the eastern part of the state to compete in the Larimore Invitational Wrestling Tournament on Saturday, Feb. 2.
“The competition was important as there were many eastern Class A schools at this tournament,” stated Robin Schwartz, Wolves head coach.
And the Wolves did well against the eastern schools with Watford City placing five wrestlers in the top four with the team placing sixth.
The Wolves will close out their regular season action this weekend as Watford City will host Bismarck High on Friday, Feb. 7, with action starting at 6 p.m. in the Rough Rider Center.
The Wolves will then host Bismarck Century and Williston in a triangular on Saturday afternoon with Watford City wrestling Century at 1 p.m. Century will then take on Williston at 2 p.m. with Watford City and Williston going head-to-head at 3 p.m.