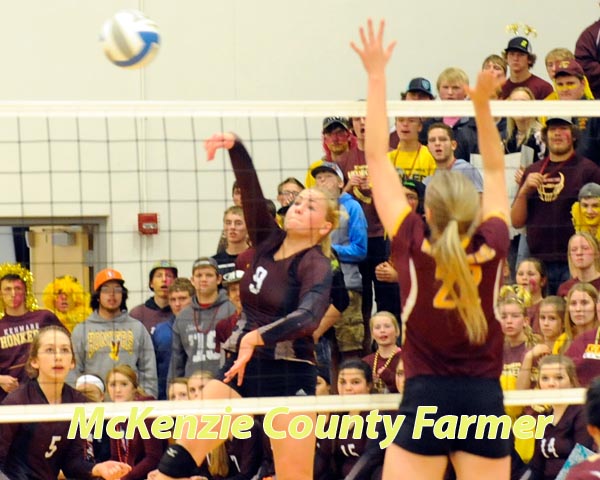 The Watford City varsity volleyball team had one goal when they started their season. And that goal was to make it to the State Class B Volleyball Tournament in their last year of playing at that level.
On Thursday evening in the Region 8 championship match, they achieved that goal as Watford City’s players and fans watched an Emman Mogen blocked shot be tipped out of bounds by a Kenmare player to give the Wolves a 16-14 win in the fifth and deciding game over the Honkers.
“This was our goal from the beginning of the season,” stated Wolves senior Avery Sundeen. “We knew that we were going to win our match against Kenmare. It just took a long time.”