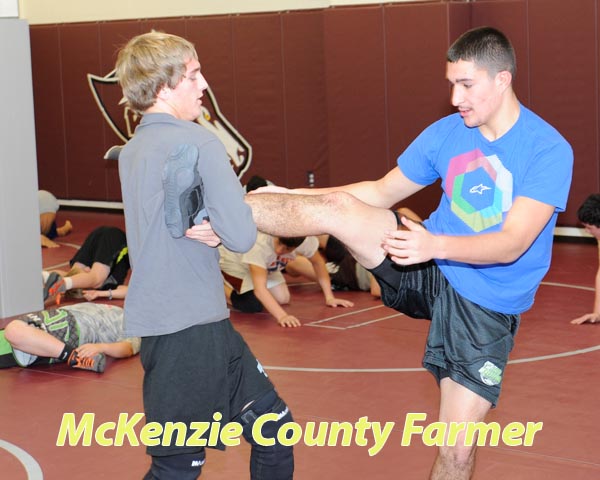 Watford City’s varsity wrestling team will open its season on Saturday, Nov. 18, when the Wolves compete in the New Town Tournament. And as a new season opens for Watford City, Mitch Greenwood, Wolves’ head coach, says that he is looking forward to another good season.
“Our first couple days of practice have gone about as well as we could have hoped for,” states Greenwood. “We have great numbers early on and are growing each day so far with 30 wrestlers in grades 6 through 12 showing up for practice.”
According to Greenwood, sixth graders have recently been allowed to practice with the varsity and when the team takes its seventh and eighth  grader wrestlers to tournaments, there is a sixth grade division as well.
“The younger wrestlers get to  compete with us which I feel is great as it gives them a head start on any of the teams not taking advantage of this opportunity,” states Greenwood.
While Greenwood is very excited about all the young wrestlers and what that means for the future of the program, he is very excited about his older athletes as well.