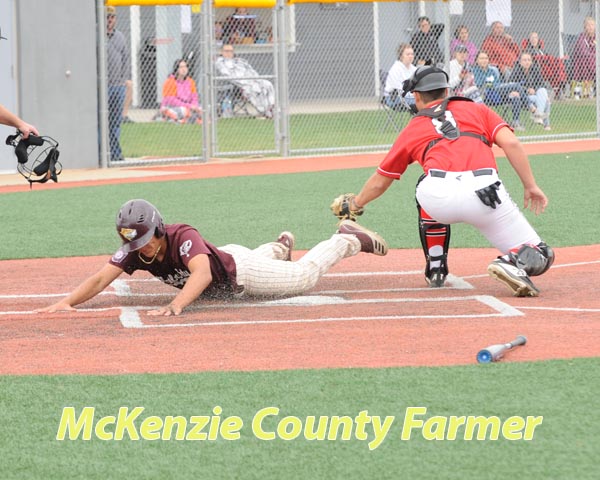 The Watford City Walleye hosted the first annual Mondak Fall Brawl Baseball Tournament on Saturday and Sunday, Aug. 8 and 9, at the Rough Rider Center against teams from Wolf Point and Glasgow, Mont., and Williston.
In a back and forth championship game the Williston Oilers prevailed over the Watford City Walleye by a final score of 7-6, while in the battle for third place the Glasgow Reds upended the Wolf Point Yellow Jackets, 16-1.
The Walleye opened the tournament with an 8-0 win over Wolf Point before dropping their next game to Williston, 12-4. Watford City would bounce back on Sunday defeating Glasgow, 6-5, before losing to Williston in the title game, 7-6.