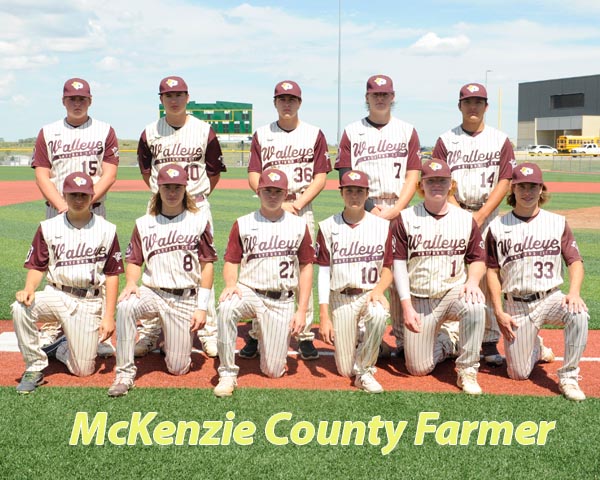 While Watford City dropped its final two games of their regular season to Williston last Wednesday, the baseball season still isn’t over for the Walleye.
The Watford City Walleye will host the First Annual Mondak Fall Brawl Baseball Tournament Aug. 8 and 9 at the Rough Rider Center baseball field. The tournament will be played in place of the North Dakota Division II Class A Tournament which fell through.
“There was a strong interest in the Division II Tournament,” stated Greg McNary, Walleye head coach. “In recruiting the 12 teams for that tournament only Williston agreed to come. It seems when something is out west, it’s just too far.”
In an effort to make lemonade out of lemons, Pat Spacher, tournament manager, got on the phone and starting calling.