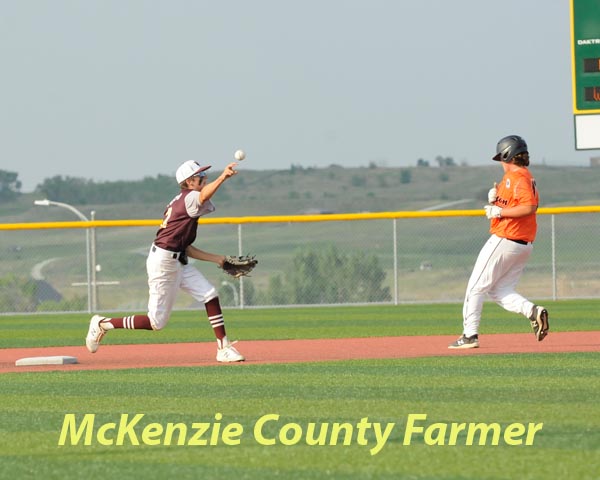 It was a busy week for Watford City’s American Legion baseball team as the Walleye played eight games to wrap up their regular season action. The Walleye split with Belfield, Williston and Mandan before  dropping two games to the Williston Keybirds.
But the season isn’t over yet for Watford City as the Walleye will be hosting the Class A West Region Tournament at the Rough Rider Center Field on July 21-24. Watford City will take on the Bismarck Scarlets in the tournament play-in game at 7 p.m. on Wednesday, July 21.