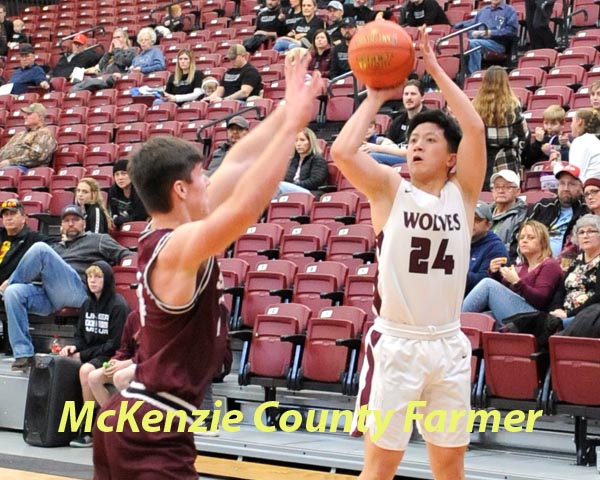 Watford City’s boys varsity basketball team dropped its season opener  on Saturday, Dec. 4, as the Wolves fell to the Sidney Eagles, 70-49.
The Wolves stayed close to the Eagles in the first half before running out of gas in the second half. Watford City trailed Sidney by three points, 34-31, at halftime. But the second half the Eagles outscored Watford City, 36-16, to cruise to the win.
“We played a pretty good first half offensively and defensively,” stated Dave Gumke, boys head coach. “We shot the ball well, especially from the three-point line. The guys have worked hard in the offseason to improve their shooting and it showed.”
For the game, Watford City drained seven three-pointers with Josiah Rojas, Wei Jie Jiang and Joey Arnegard each canning two treys for the Wolves.