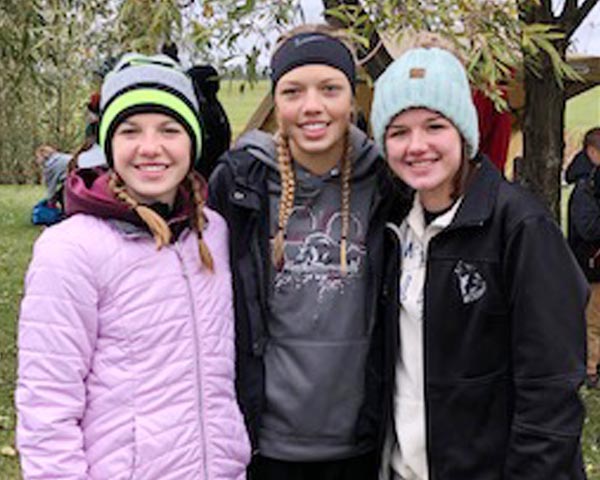 After a good showing at the WDA Cross Country Championships on Monday, Oct. 14, Watford City Wolves runners now have their sights set on the upcoming State Meet, which will be held on Saturday, Oct. 26 at the Souris Valley Golf Course in Minot.
“I’m proud of how we went out and competed,” stated Sydney Lund, girls head coach. “The girls have worked hard all season and we went out and showed that. We are hoping to continue to set season personal bests at the state meet.”
While last week’s WDA Cross Country Championships, which were initially scheduled to be held on Saturday in Jamestown, the event was changed to Dickinson and held last Monday due to a snowstorm that blanketed the central and eastern part of the state with upward of two feet of snow.
But the change in venue didn’t faze Watford City’s runners as the girls team finished in sixth place, while the boys team took ninth at the WDA Cross Country Championships.