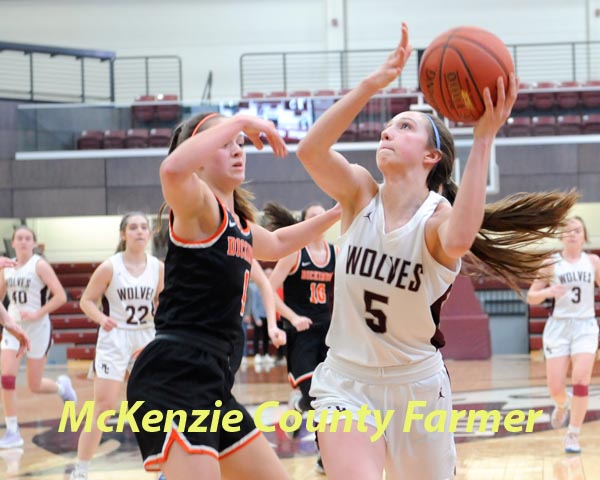 Watford City’s varsity girls basketball team will be heading to the WDA Tournament for the second year in a row after the Wolves knocked off Dickinson, 57-45, in the tournament’s play-in game on Friday, Feb. 25.
With the win, the Wolves improved their WDA record to 4-14 and will be taking on Bismarck Century, the No. 1 team in the WDA with an 18-0 record, in opening round action of the WDA Tournament at 2 p.m. on Thursday, March 3, at the Bismarck Event Center.