Watford, Mandaree one win away from Region 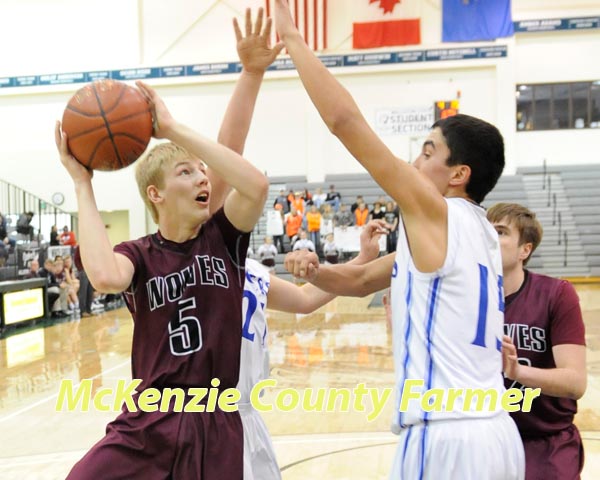 After losing their first game in the District 15 Boys Basketball Tournament and then winning in loser-out play on Saturday, Watford City and Mandaree are both facing the same fate during Region Qualifier action on Monday. Either win or see their basketball season come to an abrupt end.
In opening round action of the district tournament, the Wolves fell to New Town, 82-80, and Mandaree lost to Trinity Christian, 57-66. But both teams bounced back to post wins in the loser-out rounds with Watford City knocking off Trenton, 70-17, while Mandaree defeated White Shield, 57-42.