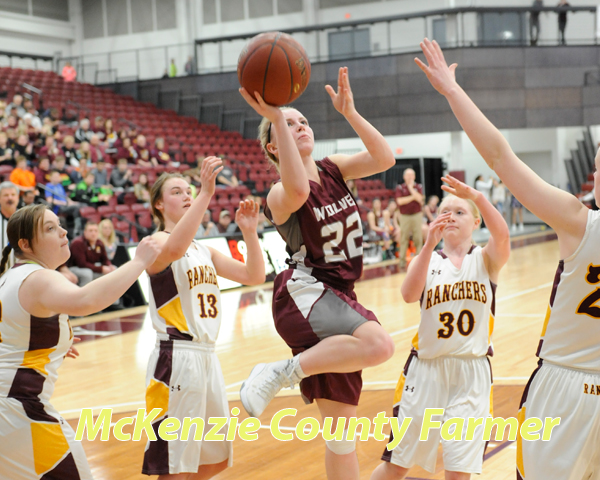 With a 61-36 win over the Parshall Braves in the Region 8 championship game on Thursday, Feb. 23, the Watford City Wolves varsity girls basketball team punched their ticket to the 2017 State Class B Girls Basketball Tournament in Grand Forks.
And for Mackenzie Sparby, who was named the Region 8 Senior Athlete of the Year, Thursday night’s win was a testament to the team’s hard work not only in the tournament, but all season long.