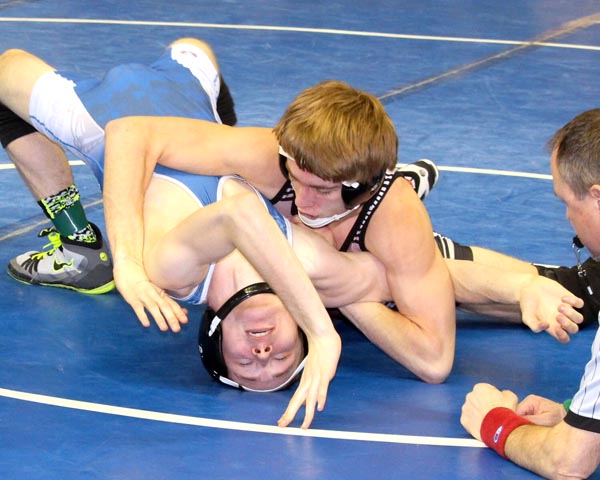 Watford City’s 2017 wrestling season came to a close at the State Class B Wrestling Tournament on Feb. 18,with the Wolves placing four of their six wrestlers in the tournament.
Connor Dennis paced the Wolves with a third place finish at 185 pounds, while Braedon Gumke took fourth at 120 pounds, Liam Shannon placed sixth at 126 pounds, and Jackson Faller finished in seventh place at 285 pounds.
“All four of those wrestlers took big steps forward from where they finished last season at the state tournament,” stated Mitch Greenwood, Wolves’ head coach. “The efforts of these kids propelled the team to 55 points and a 13th place finish out of the 35-team field.”