Wolves fall to Grand Forks at State Class A Tourney 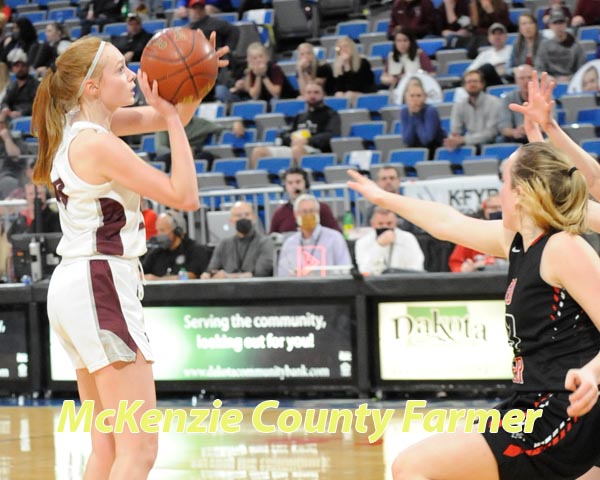 The Watford City girls basketball team’s quest to make it to the State Class A championship game was derailed by Grand Forks Red River as the Wolves fell to the Roughriders, 62-51, in loser-out action on Friday, March 12.
The Wolves made school history as they became the first Watford City basketball team to make it to the state tournament when they finished in second place at the WDA Tournament.
While the season may have ended earlier than the Wolves had wished, Watford City brought home two big honors as Ashley Holen was named the Class A Co-Senior Athlete of the Year, while Tom Dwyer, Watford City’s head coach was named the Class A Coach of the Year.
The Wolves ended their season with an impressive 16-4 regular season record and improved to 18-5 after picking up two wins in the WDA Tournament.