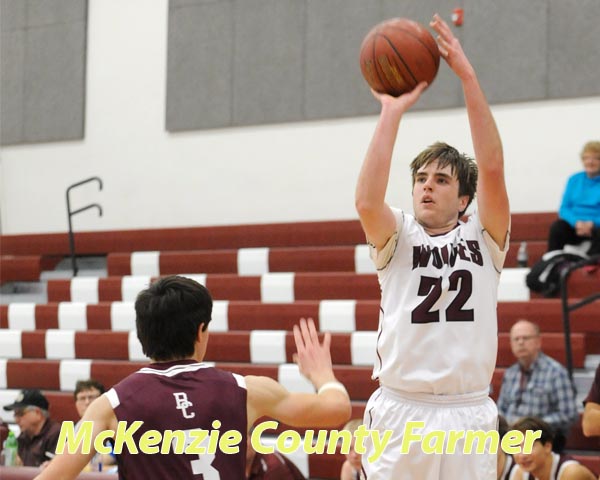 In spite of having four players score in double figures, the Watford City varsity boys basketball team suffered their sixth straight loss of the season on Friday as the Wolves fell to the Bowman County Bulldogs, 75-65.
Bowman led the Wolves, 14-12, at the end of the first quarter, and then upped their lead to four points, 32-28, at halftime.
While Watford City was able to stay close to the Bulldogs in the first half of action, the second half belonged entirely to Bowman County. The Bulldogs outscored Watford City, 20-12, in the third quarter to pretty much put the game out of reach.