Wrestlers back in action after Christmas break 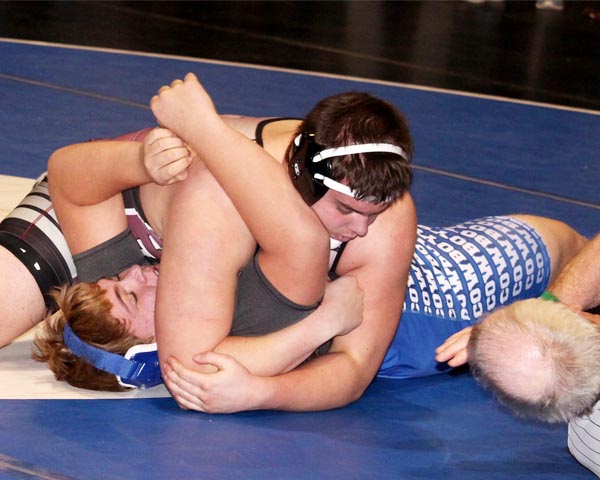 The Wolves wrestling team has been very busy over the past couple weekends as they competed in two very large tournaments featuring a mix of talents from all over the country.
The main event of the Watford City High School wrestling schedule took place just before the New Year at the Fargodome when they competed in the Rumble on the Red, which featured 73 teams from seven different states including a team from New Mexico.
“The Rumble is a great chance for our kids to get a big challenge and to see how good they really are,” stated Mitch Greenwood, Wolves’ head coach. “There are nationally ranked teams and individuals peppered throughout the tournament. It’s one of the top tournaments in the entire country. We’re fortunate to have it in our state and to be able to attend.”