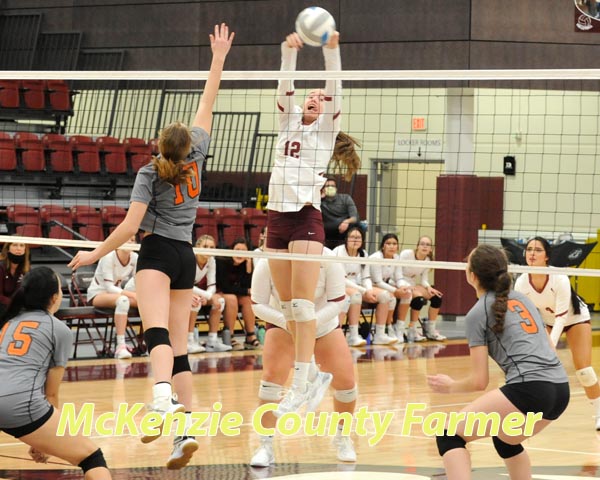 After picking up a big win against Williston in their final regular season game on Tuesday, Nov. 3, the Watford City varsity girls volleyball team squared off against Dickinson on Thursday, Nov. 5, in the WDA Tournament play-in match at the Rough Rider Center.
With their post season play on the line, the Wolves answered every challenge that the Midgets threw at them as Watford City swept Dickinson in three games. With the win, Watford City will advance to the WDA Tournament for the first time since the Wolves moved up to Class A in 2018.
In the opening round of the WDA Tournament, the Wolves, who are 6-13 on the season, will take on undefeated Bismarck Century on Tuesday, Nov. 10.
Assuming the Wolves lose to Century, their next game would be on Nov. 12, against the loser of the Bismarck High vs. Bismarck Legacy match.
The winner of the Nov. 12 game will compete in the state qualifying game on Nov. 14.