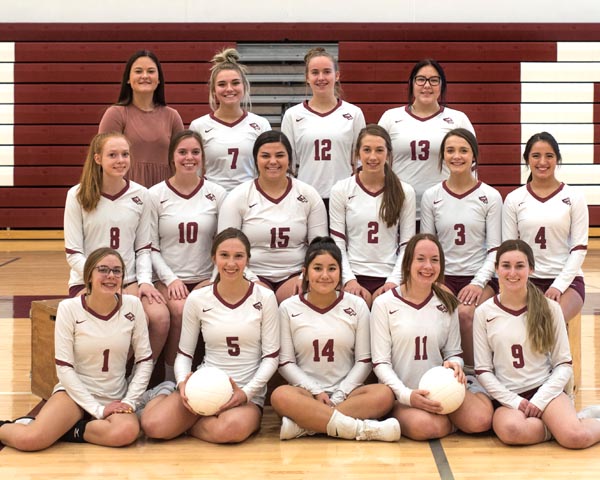 The Watford City varsity volleyball team saw its season come to a close on Thursday, Nov. 12, as the Wolves fell to Bismarck High in a  heart-breaking, 2-3 loss, to the Demons in loser-out action of the WDA Tournament.
The Wolves, who were making their first trip to the WDA Tournament since moving from Class B to Class A in 2018, fell to Bismarck Century, the No. 1-seeded team, in three games before taking on the Demons.
Watford City ended its season with a 25-40 record and finished 6-15 in WDA play.