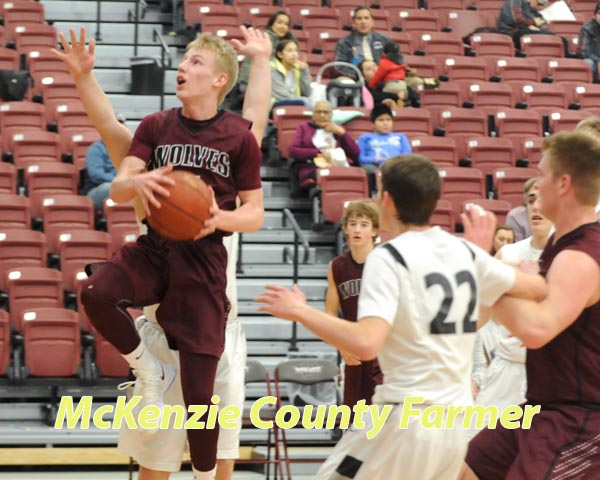 The outcome of the District 15 Boys Basketball Tournament sure wasn’t what the Watford City Wolves were hoping for. Watford City entered the tournament as the No. 2 seed and cruised to an easy 88-59 win over Trenton in opening round play.
But then the Wolves met up with Mandaree, the No. 6-seeded team, in the semifinals. The Warriors proved to be the tournament spoiler as they had defeated the No. 3-seeded White Shield Warriors, and then knocked off Watford City, 72-62, in the semifinals.
So if the Wolves were hoping to make it to the Region 8 Tournament in their final season of Class B basketball, all Watford City had to do was pick up a win over Lewis & Clark-North Shore, the No. 4 seeded team in the tournament.
But that would not be the case on Monday afternoon, as the Wildcats defeated the Wolves, 84-72, to end Watford City’s post season.