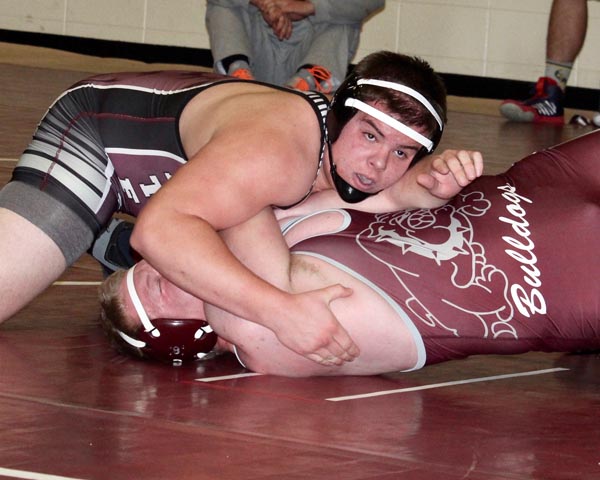 The Wolves varsity wrestling team dropped a pair of Region IV matches last Tuesday during the Bowman County Quad.
In the first match, the Wolves fell to defending state champion Hettinger/Scranton, 59-12, in the first dual and then lost to Bowman County, 48-27.
Against Hettinger, the Wolves forfeited the first four matches to trail the Black Devils, 24-0, before their first wrestler took the mat.
“We have had some early season injuries and a couple kids are still working down to the weight classes that they want to get to,” stated Mitch Greenwood, Wolves’ head coach. “All totaled, we were short four or five varsity starters and two or three more were wrestling up a weight class from where they will compete for most of the year.”