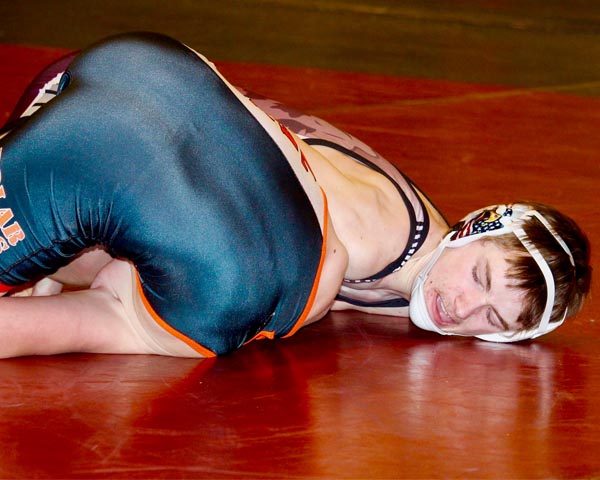 Watford City advanced seven of its 10 wrestlers to the championship bracket as the Wolves took fourth place at the Velva tournament this past weekend which included 16 teams ranging from three Class B regions as well as Minot High’s JV team.
The tournament featured a Scramble/Bracketing format which means that each wrestler was entered into a pool on Day 1 and wrestled round robin against everyone else from their pool. On Day 2 the wrestlers were placed in a championship or consolation bracket based on their results from how they did in their pool. The format is used to ensure that everyone entered into the event gets many guaranteed matches instead of a possibility of going two-and-out in a typical bracketed tournament.
Braedon Gumke and Connor Dennis each pinned their way to the championship match of the tournament.