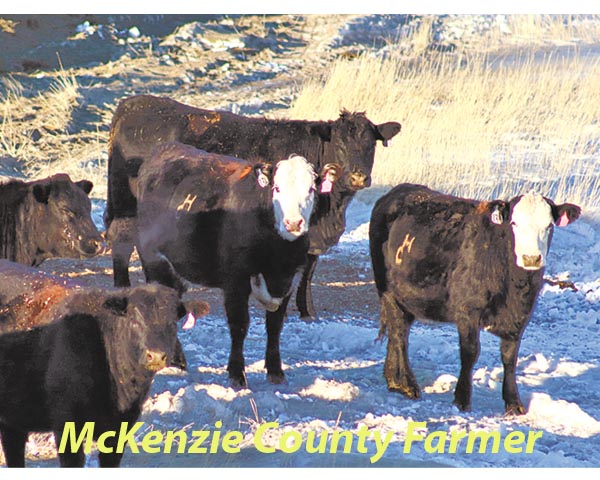 To this point, this winter has been one of the snowiest on record, and it is only the beginning of January. This year, an official weather observation station for the National Weather Service in Grassy Butte has reported 29.5” of snow received in the month of December, with a seasonal total of 46.5” of snow since July 2022. In contrast, the 30-year average for Grassy Butte is only 8.2” of snow in December, and 17.9” up to this point seasonally.
While this has been challenging for many industries in McKenzie county, the ranchers and their cattle have had a particularly difficult time dealing with all the snow. McKenzie County is ranked second in the state for the number of beef cattle raised within its borders; with a recent survey estimating over 45,000 mature cattle on the ranches of the county.