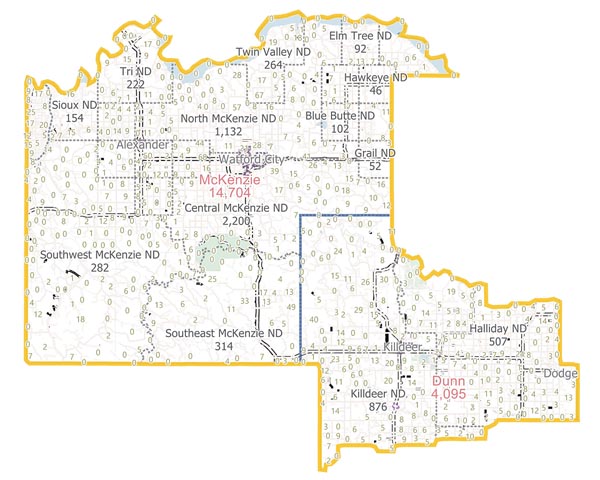 The size of North Dakota’s District 39 legislative district is going to be shrinking considerably under a preliminary proposal approved by the state’s legislative redistricting committee.
District 39, which had previously included McKenzie, Golden Valley, Billings, Slope, Bowman, Adams and a portion of Dunn counties, will now only include all of McKenzie County, as well as a portion of Dunn County, excluding the Fort Berthold Indian Reservation in both counties.