End of the Rope movie wraps up filming 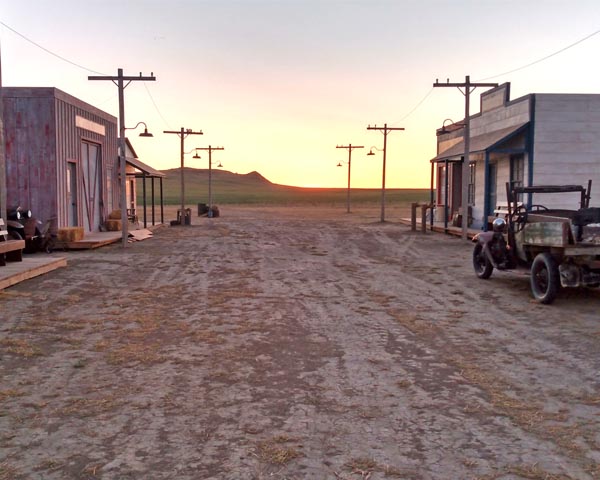 “ACTION,” yelled a director’s voice as filming of the movie, End of the Rope, was wrapping up south of Watford City last week.
The film is based on the infamous Charles Bannon murder case that took place years ago in McKenzie County.
“It tells the true story of the 1931 Charles Bannon case here in McKenzie County,” says Daniel Bielinski, End of the Rope producer.
For the last several weeks, the cast and crew members made their way around a rebuilt movie set depicting the Main Street of Schafer, which was McKenzie County’s county seat at the time.
“We rebuilt Schafer, N.D., I think that’s something that’s really unique for production,” says Bielinski. “We have our own little Hollywood western town.”