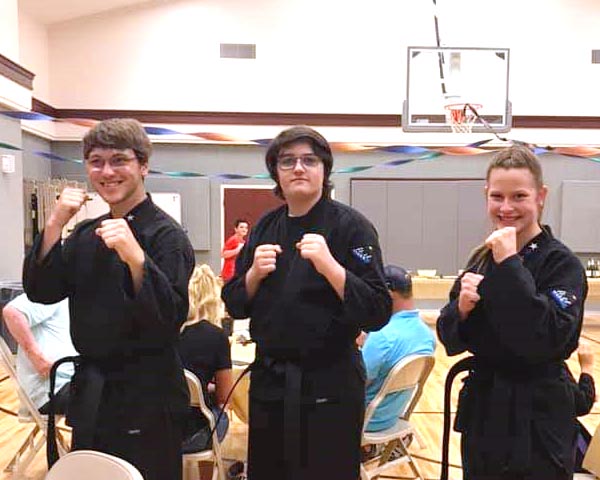 Three martial arts students, Julia Olson, Logan Voegele and Jordan Norman, earned their black belt degrees from the Watford City Karate & MMA on Aug. 7.
Fourteen-year-old Julia Olson trained for three years and nine months before obtaining her black belt, according to her instructor, Tim Hartranft of Watford City Karate & MMA.
“Even though Julia was testing with two boys, she blew them out of the water as far as the physical aspect was concerned,” Hartranft says.