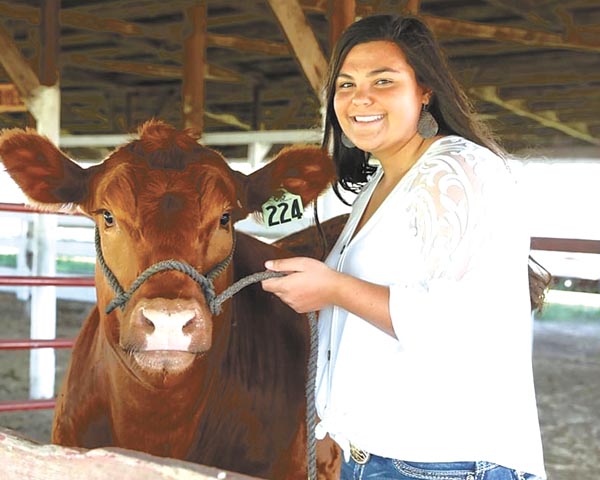 When someone loves what they do, it’s usually because they started preparing at a young age. After joining McKenzie County 4-H in Kindergarten, Riley Faller learned that embracing an agricultural way of life was her calling.
Last week, Faller capped off a long journey in 4-H by participating in her last showmanship. And although it may seem bittersweet to see her time in 4-H come to an end, for her, it’s merely the beginning. And now, it’s what she credits for being the foundation to her future.
“I’ve spent countless hours outside working with my animals,” she says. “My goal is to become an extension agent.”
As Faller will return to Dickinson State University in the fall to study agricultural education, when she realized she would get one last time to show for 4-H in this year’s fair, she jumped on it.