Farmers combine one of the worst crops in years 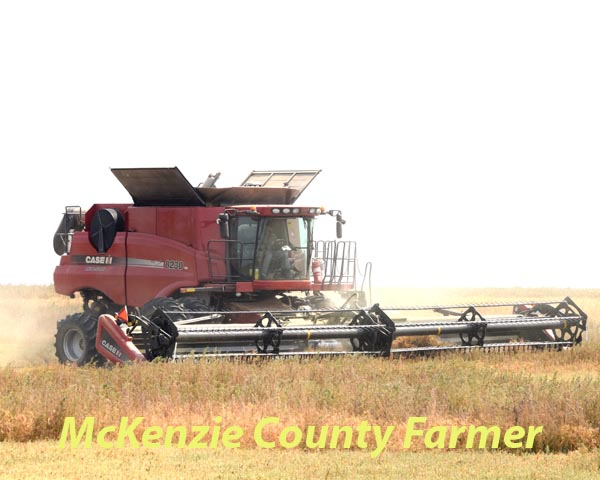 As Curt Moen stepped down from his combine, the grass crunched beneath his boots as he made his way across his farmstead property south of Arnegard. Surrounded by never-ending rows of yellow pea fields, this year’s crop had been irrevocably damaged by the deepening drought.
“It’s a real dismal feeling to be harvesting and you can see what’s coming into the hopper from inside the cab. And for half a mile, there’s nothing coming in,” Moen says. “That’s a cold feeling.”
As he began harvesting his pea and durum wheat fields last week, Moen says he hasn’t seen a drought this bad since the late 1980s. And that was at the tail end of a five-year drought.
“We’re only going on our second year of dry conditions,” Moen says. “Two years ago, I was standing right here, talking to my dad and in every direction, the crop was up to our waist. It was so thick it was hard to walk through.”