Film on last lynching in North Dakota in the works 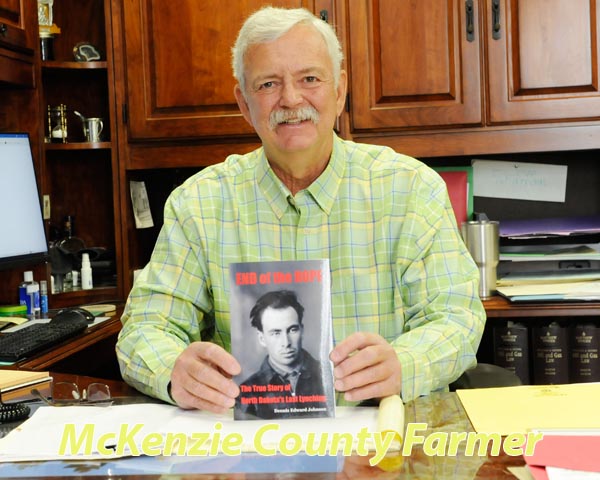 When Dennis Johnson began writing the End of the Rope, he always thought that the story behind the1931 murder of the Haven family in McKenzie County and the subsequent uprising of county residents that led to the lynching of Charles Bannon, the confessed murderer, would make a great film.
And now that Johnson, a Watford City native and former McKenzie County States Attorney, has his third edition of his book hot off the presses, he is pleased that his book is now going to become a movie that will be filmed in Watford City and McKenzie County next year.