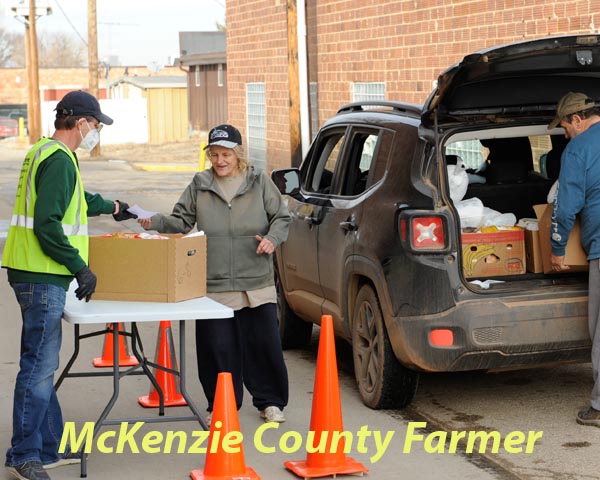 In a world where things come and go, the need to feed doesn’t change. But the numbers do fluctuate throughout the year, making the holidays a good time to gauge where things are at for the McKenzie County Food Pantry. And if there’s one thing for certain, the grind never stops for Kay O’Connor, who manages the McKenzie County Food Pantry.
“This is closer to the holidays so we actually have more people coming out,” O’Connor says.
O’Connor says that they normally see between 45 and 65 people at their distributions every Tuesday. But since August, she says that the number has been averaging closer to 55 and 65 people.
“For our Tuesday handout on Nov. 16, we actually had 89 people,” O’Connor says.