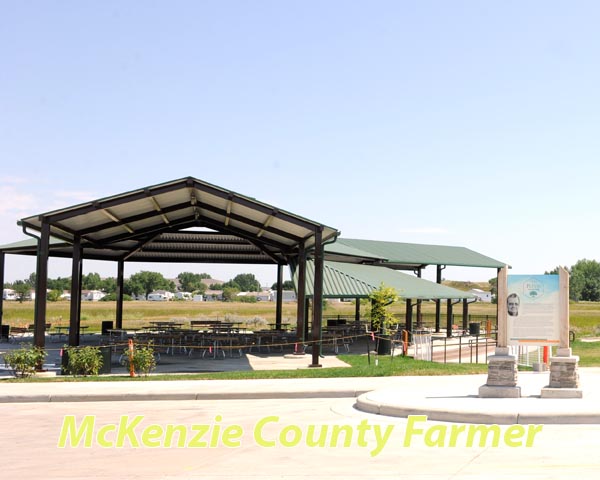 On Thursday, Aug. 15, after several years of construction, the Watford City Park District will be holding the grand opening of the Kent Pelton Nature Park.
“We’ve been on this project for 100 years now,” jokes Robin Arndt, Watford City Parks and Recreation director. “So now that it’s finally completed, we’re having a grand opening to the public.”
The event is free, and will feature many family-friendly things to enjoy as it’s held in conjunction with the Farmers Market.
Construction of Watford City’s Kent Pelton Nature Park, which is located east of the Watford City Elementary School, began in 2015. The park was named in tribute of a beloved high school teacher and contributor to park projects since the 1970s.
After being elected to the park board in 1992, Pelton served until 2000. He went on to serve as a city councilman and eventually became the city’s mayor.