Playing for a good cause 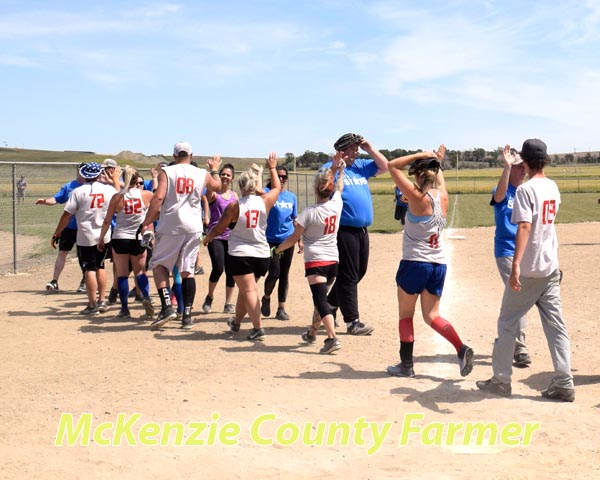 Close to 150 community members gathered for a recent benefit that took place on July 27-28, featuring a series of games for a softball tournament in an effort to raise money for Deputy Natasha Skala.
On the morning of June 7, the 24-year-old deputy was airlifted to a Bismarck hospital after her squad car was rear-ended by a semi-truck two miles north of Watford City on N.D. Highway 1806.
Doctors predicted a long road of recovery after Skala’s squad car became completely engulfed by flames and she was extricated from the vehicle still ablaze with flames.
“When I found out the news, we were heartbroken,” says Britnee Sveet, fundraiser coordinator.
Sveet was in South Dakota when she received the news the next day. Having had history with Skala through interactions during softball tournaments and hockey games, Sveet was eager to do something.