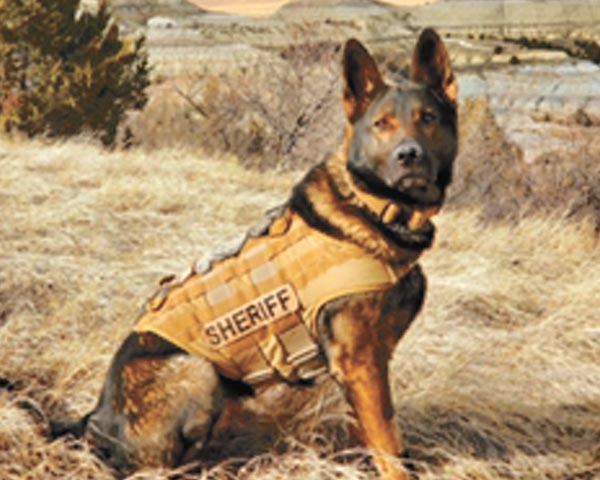 “What I saw was a dog with a ton of potential,” says Deputy Max Ingram of the first time he saw his K-9 partner, Xillo (pronounced Zy-lo), who retired from being a detection dog for the McKenzie County Sheriff’s Office earlier this month.
On Aug. 3, Ingram went to the courthouse and signed a bill of sale to take sole ownership of Xillo.
With approximately 500 deployments throughout the region in his career, the fast-driven K-9 recently laid down his duties of being strictly business to becoming Ingram and his fiance’s third housepet, but his journey has been a remarkable one.
“The primary reason that we’re retiring him is that he is getting older. He is a shepherd and they slow down a lot faster than their Malinois counterparts,” Ingram says.
While it’s not a registered breed, Xillo is known as a Czech Shepherd, which stems from the country of origin the breed is from central Europe. And in the Shepherd community, Ingram says he is known as a Sable Shepherd.
“The main service a K-9 (detection dog) provides is what we refer to as a locator tool being their nose. To improve public safety is their primary function,” he says.