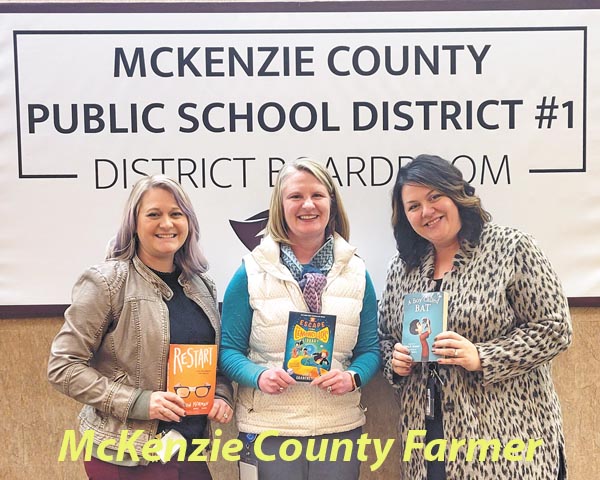 New nationwide test results show the students of McKenzie County School District No. 1 (MCSD) have contradicted the national trend of declining literacy levels and instead have been gaining ground toward literacy proficiency. This remarkable achievement is in direct contradiction to national numbers that have steadily been decreasing in recent years.
In October, the National Assessment of Educational Progress (NAEP), which calls itself “the Nation’s Report Card,” released data from the 2021-2022 school year that showed the literacy level of the nation’s students.
The NAEP shows a national decline of three percent over the last five years, with North Dakota’s numbers directly following that trend. The North Dakota Statewide Assessment (NDSA), the North Dakota standardized test given to students each year, also shows the state-wide literacy levels have dropped three percent, but MCSD has averaged an increase in literary levels of nine percent over that same time period. Watford City High School has had a dramatic increase from only 22 percent of students at proficiency levels in 2020-2021 to 43 percent proficient last year.
District officials say this trend is a direct result of the focus MCSD has put on literacy in all their schools and classes, regardless of the subject being studied.