The case for the Bakken 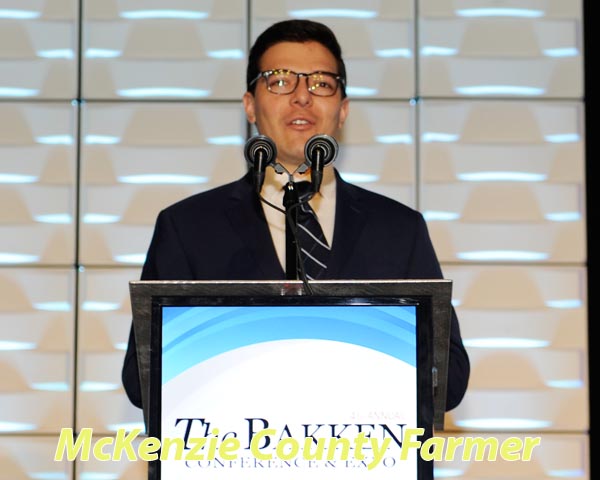 While the Permian Basin is recognized as the “crown jewel” of the United States’ oil supply, Pablo Prudencio, an upstream analyst for Wood Mackenzie, says that the Bakken is still a very viable oil shale play.
During a presentation at the  fourth annual Bakken Conference & Expo in Watford City, Prudencio said that “Permania” is over and there are a lot of reasons that the Bakken will remain an attractive play for investors and operators.
“The Permian is a very large basin with multiple pay zones,” stated Prudencio. “But both the Bakken and the Permian are almost identical in size.”
Prudencio says that while the Permian remains the hottest shale play in the United States, the cost of land acquisition, as well as economics and water disposal issues are starting to put operators under stress.
“The land acquisition cost in the Permian is about $25,000 per acre compared to $2,500 in the Bakken,” stated Prudencio. “They are willing to pay more for the Permian acreage because there are seven pay zones in 2,500 vertical feet.”