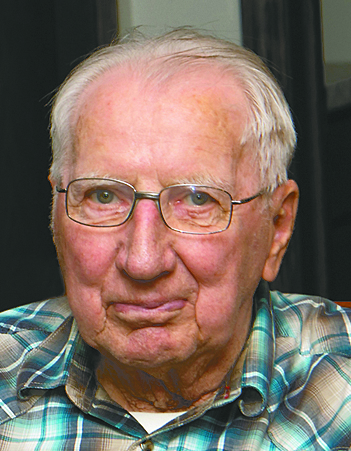 Donald Eugene Allen, 87, passed away Wednesday, April 6, 2022, at St. Vincent’s Nursing Home, Bismarck.
Donald was born to Webster Ethan Allen and Rose May Theisen on April 14, 1934, in Sentinel Butte. He spent his early years growing up on the family farm. Shortly after graduating from high school, he entered the Army in 1953. Upon returning from the service, he married Helen Muriel Price on Dec. 1, 1956, in New Town.
He was known by his family and friends by many nicknames, including Duke, Donnie and Dutch. His lifelong career was in the energy industry in the Williston Basin, ending with his retirement in 1994. After retirement, Donald and Helen enjoyed their lake home where they often spent time fishing and enjoying the summers. Don also enjoyed working on his many DIY projects at home as well as woodworking projects for his children and grandchildren. Donald was a supporter of the Catholic Church and a member of the Knights of Columbus and the American Legion.
Donald had a positive outlook on life and his optimism always provided support and joy to his family and friends through the years. A smile and a good cup of coffee was always the start of his day.
Donald is survived by his children, Clinton Allen, Julie (John) Skurupey, Sue (Kevin) Bata, Aaron (Peggy) Allen and Timothy (Darla) Allen; nine grandchildren; two step-grandchildren; and four great-grandchildren.
He was preceded in death by his wife, Helen; daughter-in-law, Janet Allen; his parents; six brothers; one sister; and many extended family members.
Mass of Christian Burial was held at 10:30 a.m. Tuesday, April 12, at the Church of the Ascension, 1825 S. Third St., Bismarck.
Burial was held at the New Town Cemetery, New Town.
To share memories of Donald and to sign the online guestbook, go to www.eastgatefuneral.com.