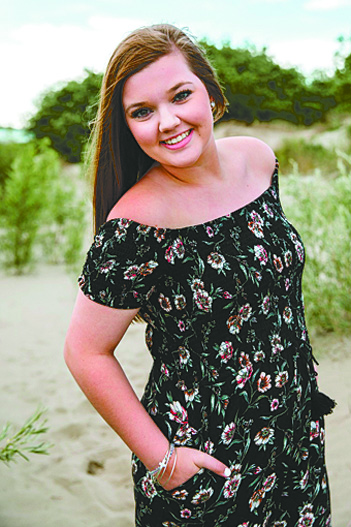 Gracie Rose Johnsrud, 20, the bright shining light to all who knew her, passed away on Sunday, July 25, 2021. Gracie Rose, a beautiful baby girl, was born May 12, 2001, in Dickinson, N.D., the first-born of Justin and Nikki Johnsrud. It was clear from the start that Gracie was a force to be reckoned with - a very long labor for mom was her plan. We all learned quickly that Gracie did things on her own time. Gracie thoroughly enjoyed the status of only child as her family later moved to Pierre, S.D., and then Minot, N.D. Gracie was quite jealous when little brother Judd Allen joined the family in 2005 and didn’t quite know what to think of the little redhead. Gracie’s love for her brother was demonstrated frequently through hugs that nearly took his head off or bending back his fingers, and was even known to lovingly drag him from the furniture. Gracie and Judd became fierce friends later in their growing-up years and Gracie was so proud of her baby brother and made sure that everyone knew it.
Gracie graduated from Watford City High School in 2019. Her senior year was filled with memories in every moment whether it be spirit days during homecoming, student council events, or volleyball and football games. On the court or on the sidelines she was the biggest cheerleader there could be and her friends said she was the team’s true MVP and the glue that held the team together.
After graduation Gracie selected Black Hills State University in Spearfish, S.D., as her home away from home. Gracie was ambitious and was a double major in elementary and special education and just finished her sophomore year. She loved BHSU and there continued to change the lives of those around her and was excited for all her planned adventures.
Gracie’s family and faith played an integral role in her life and she cherished every moment spent with them all as often as she could. Gracie, in her own words, was busy living her best life. Gracie lived her life with the phrase “there’s grace for that” at the forefront so much she had it tattooed as a constant reminder of God’s grace. Gracie had a giving heart and helped anyone in need. She was her faith and gave of herself unconditionally as if it were the most natural thing in the world. Those of us who knew her saw this over and over and sat in awe of this special young woman.
Gracie is survived by her best friends and parents, Justin and Nikki; her brother, Judd; grandparents, Peggy Hellandsaas, Jeff and Ann Johnsrud, Dean and Candy Mott; great-grandparents, Dorothy Mott and Sandra Schell; Auntie Erica (Uncle Chas “Chazzy” Neff) Johnsrud; Uncle Derek (Auntie Lacey) Mott; Uncle Bret (Auntie Lacey) Johnsrud; Auntie Kari (Uncle Rex) Korslien; Auntie Jade (Uncle Levi) DeMorett; cousins, Rowdy and Brindle Mott, Carter James Julius, Courtney, and Callie Johnsrud, KC, Kash, and Kenley Korslien, Chloe and Tynlee Fahrman and Brax DeMorrett; goddaughter, Wynnie Langerud; numerous aunts, uncles, and cousins that she loved so much; and the hundreds of people she called friends.
She was preceded in death by her grandfather, Scott Hellandsaas; great-grandparents, Bill and Millie Faulkner, George Mott, Alvin and Cecilia Johnsrud, and Olaf and Alfa Leiseth.
A visitation was held Thursday, July 29, 2021, at Fulkerson Stevenson Funeral Home, 305 4th Ave. NE, Watford City. A Celebration of Gracie’s Life was held Friday, July 30, 2021, at the Rough Rider Center, 2209 Wolves Den Parkway, Watford City.
In lieu of flowers the family wishes you make a donation in Gracie’s name. A memorial fund has been set up at First International Bank & Trust for Gracie, Gracie Johnsrud Memorial.
Arrangements are under the direction of Fulkerson Stevenson Funeral Home of Watford City